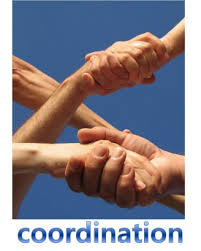 Whether your concern is a grievance or whether you are facing disciplinary action, it is vital that the response is co-ordinated.

Every inch of ground you concede empowers your employer. You will discover within your personnel file half truths and works of fiction that you didn’t even know existed. Each allegation, each accusation and every rumor that has been used against you must be challenged.

“Give a critic an inch, he’ll write a play” John Steinbeck

Whilst Steinbeck may not have been referring to employers, is there a more fitting description of the unscrupulous employer? How many times have I seen a report from an employer where the negative criticisms are measured in pages. And yet comments that are positive fit neatly into one or two lines.

Often, you the employee, were completely unaware that these documents even existed. Worse still they have suddenly appeared with no memorable incident.

Grievance at Work ensures that a level of coordination exists between us as we start to dismantle the wall placed in the way of your job or career.

If you have raised a grievance and provided evidence to your employer then it comes as a surprise when you find no action is forthcoming.

The well informed employer will organise a face to face meeting in attempt to resolve the problem immediately. However, the employer who has already decided that anyone who complains is a troublemaker, will skim over the facts. What follows is a long drawn out process where often your shortfalls suddenly become the focus. The grievance you have raised becomes sidelined.

It may even be the case that your employer doesn’t recognise your concerns as a grievance. The most common approach is that the email your sent or the letter you posted wasn’t written on the official grievance form…poppycock.

The need for coordination is fundamental. Therefore our ongoing support will become a feature of the work we undertake.

If you are facing an unfair disciplinary charge then you won’t need us to explain how isolated you are made to feel. Being given a warning that you don’t deserve comes as a shock. Being demoted or dismissed leaves you feeling empty, undervalued and betrayed.

The good manager never lets a situation reach this point without a catalogue of interventions. So when it comes as a shock its the first indicator that maybe there is another agenda.

It’s rare that the employer that simply wants you out  does so without making a tidal wave of mistakes. It will be our objective to ensure the wave submerges their torts and underhand behaviour.

Again the need for coordination is paramount and underpins our work.